This is a short list of ways people can support protesters and communities impacted by police violence and the pandemic crisis. We plan to add more resources as we learn of them.

Minnesota Freedom Fund
Help the organization to continue to free people and also advance their capacity and advocacy to abolish the prison industrial complex.

Reclaim the Block
This group organizes Minneapolis community and city council members to move money from the police department into other areas of the city’s budget that truly promote community health and safety.

Campaign Zero
An organization that utilizes research-based policy solutions to end police brutality in the U.S.

Color of Change
A national online force that works to move decision-makers in corporations and government to be more responsive to racial disparities.

Equal Justice Initiative
An organization that provides legal services to people who have been wrongly convicted, denied a fair trial or abused in state jails and prisons.

National Bail Fund Network – NY
The community bail and bond funds that are part of the Network are dedicated to being an organizing tool aimed at ending pretrial and immigration detention.

Black Women’s Blueprint
Building power with Black women and girls, BWP envisions a world where women and girls of African descent are fully empowered and where gender, race and other disparities are erased.

Black Art Futures Fund (a Brooklyn Community Foundation organization)
A collective of emerging philanthropists promoting the elevation of black arts and culture. The group provides grants to small nonprofit organizations working to secure the future of the black art community.

Bed-Stuy Strong
A group of neighbors helping neighbors in a spirit of solidarity.

One Community NYC
The Fort Greene/Clinton Hill-based organization asks residents and institutions to employ the powerful tools at their disposal, individually and as a community, to reduce inequality, dismantle divisions, and share the contributions of the community.

Clinton Hill/Fort Greene Mutual Aid
A coalition of neighbors organizing to support each other through the COVID-19 pandemic and beyond. 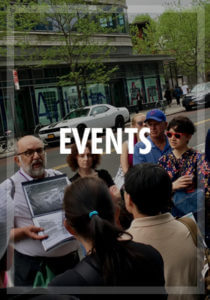