Supporting and advocating for
the Fulton Street community

Supporting and advocating for the Fulton Street community

The Fulton Area Business Alliance (FAB FULTON) is a non-profit organization that advocates for and collaborates with small businesses and property owners along Fulton Street in Brooklyn’s neighborhoods of Fort Greene and Clinton Hill to maintain a safe, clean, and welcoming community while securing resources and partnerships for initiatives that enhance and promote the district. FAB FULTON is one of New York City’s 76 Business Improvement Districts (also known as BIDs) that acts as a liaison between the City government and neighborhood while supplementing the support that the City government provides to these areas.

FAB FULTON SERVES A VARIETY OF ROLES FOR THE COMMUNITY IT SERVES. 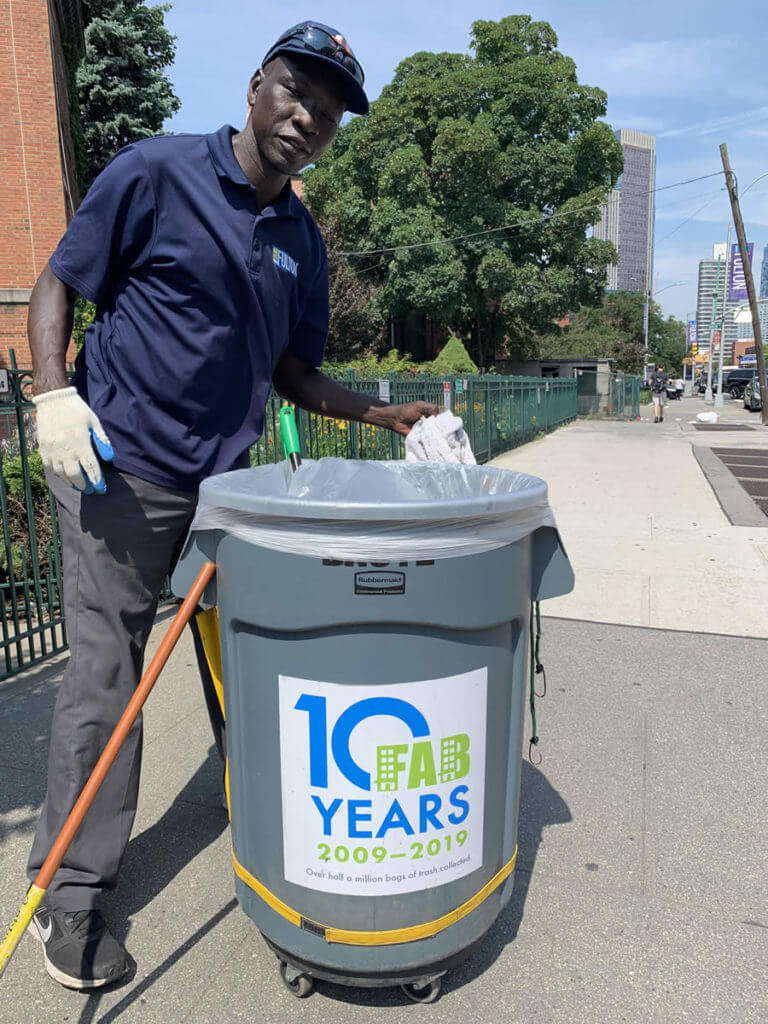 FAB’s strategic management of varied aspects of the growing Fulton Street district from long-term planning and overall marketing to local business support and sanitation services—has supported and worked to enhance the business corridor. 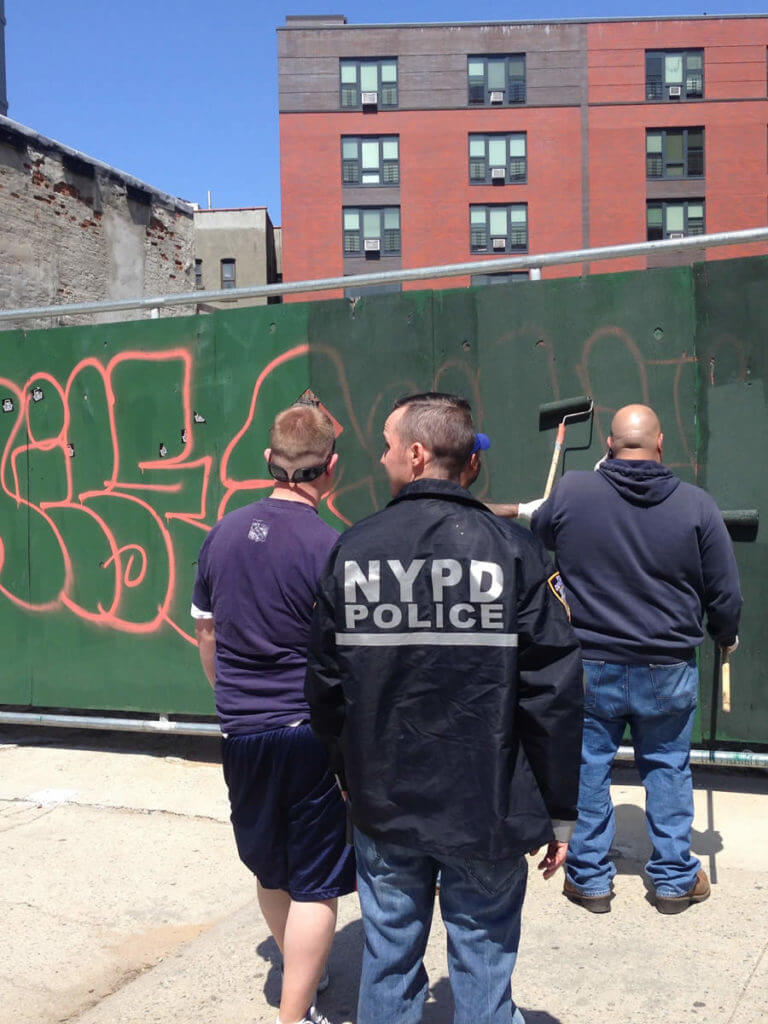 FAB FULTON solves problems by connecting the dots and bridging the gap between the local businesses it represents along the Fort Greene / Clinton Hill corridor and those who can help in the public sector including City agencies. 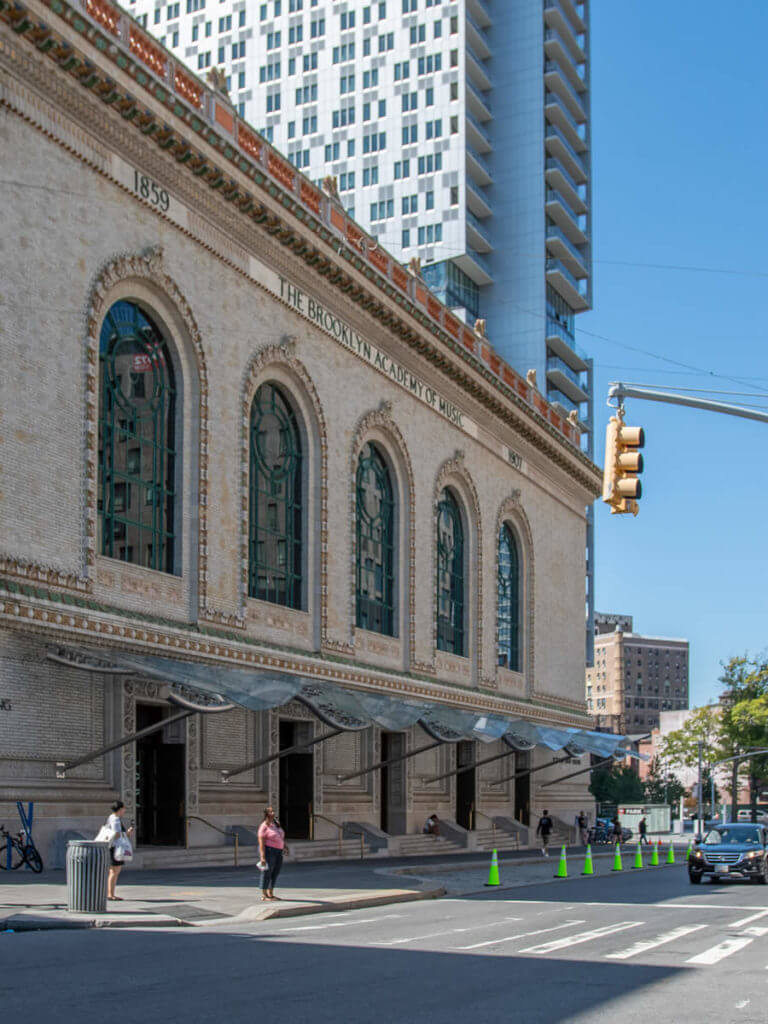 FAB FULTON collaborates with other organizations, agencies, and hyper-local groups to strengthen its ability to meet the goal of improving quality-of-life issues for those who live and work along the corridor. 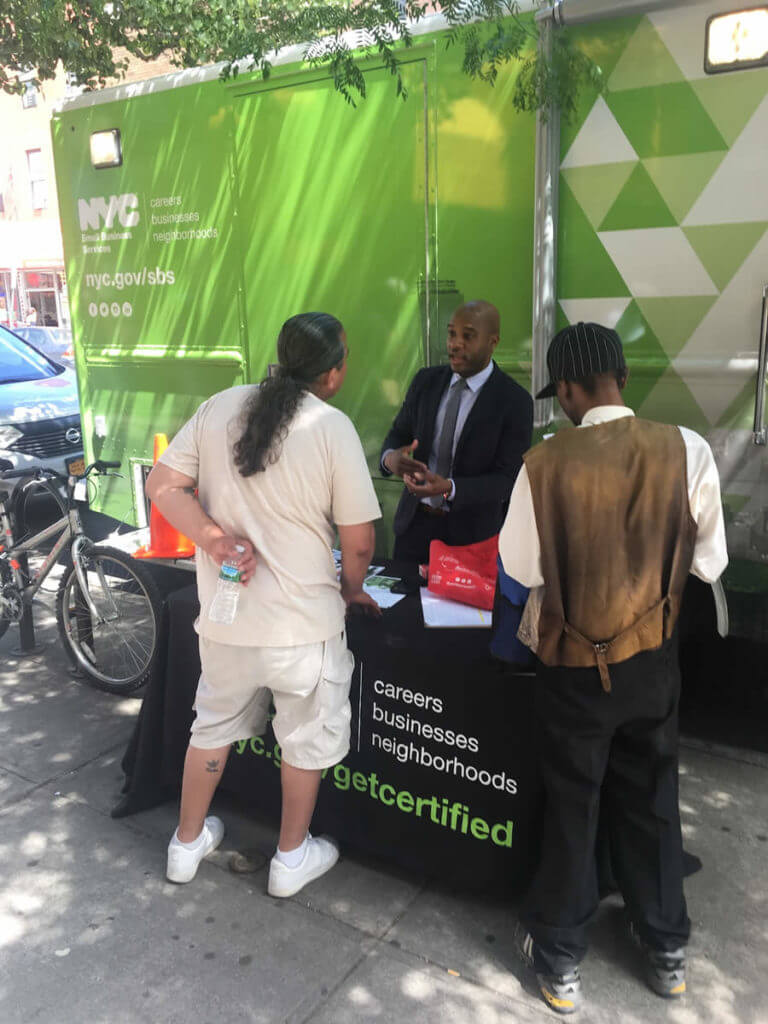 FAB FULTON advocates for local businesses, property owners, and residents along the Fulton Street corridor by leading, convening, and making the case for FAB stakeholders, which has resulted in positive changes and economic growth. 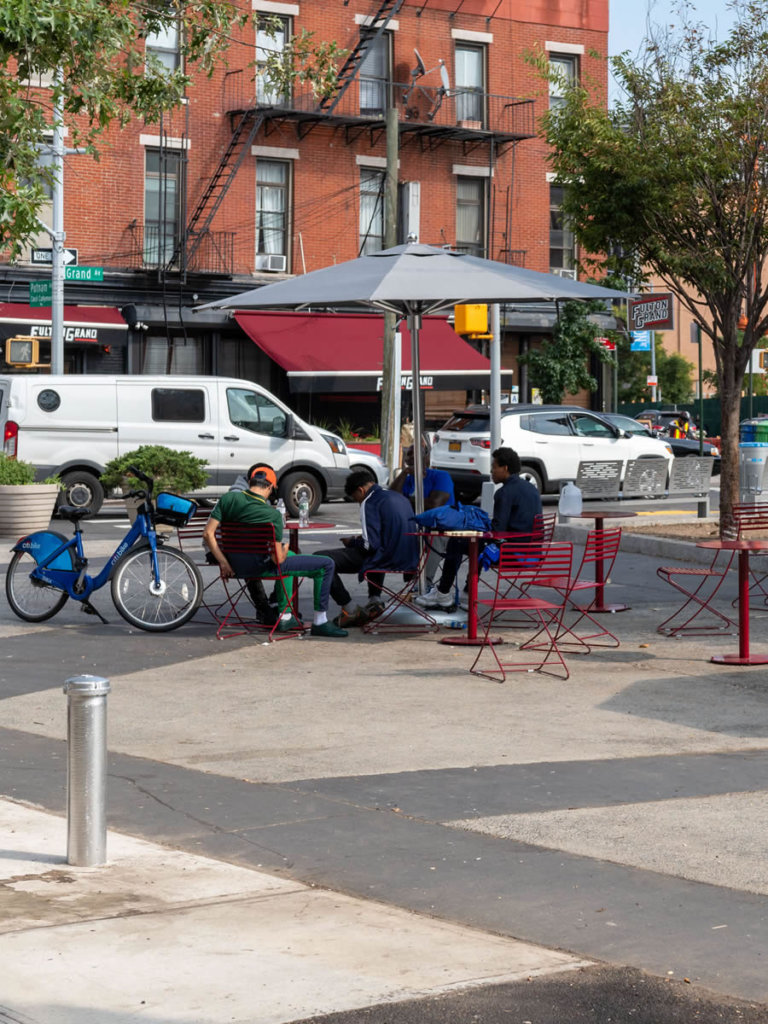 FAB FULTON has secured $9.1 million in funding in the form of grants, sponsorships, and in-kind support over the past 10 years for initiatives that will benefit the entire community for decades to come. 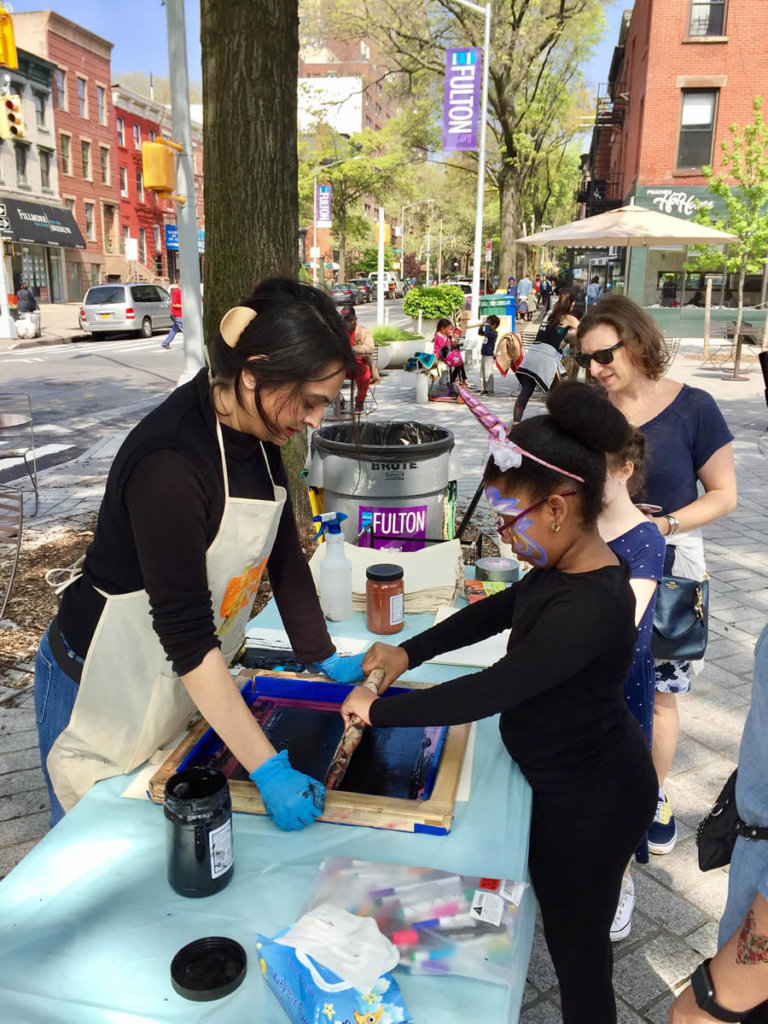 FAB FULTON initiates and executes quality events and networking/social opportunities through its diverse events programs. The events have engaged thousands of attendees since 2009 while driving foot traffic and yielding positive media coverage.

What is a biD? 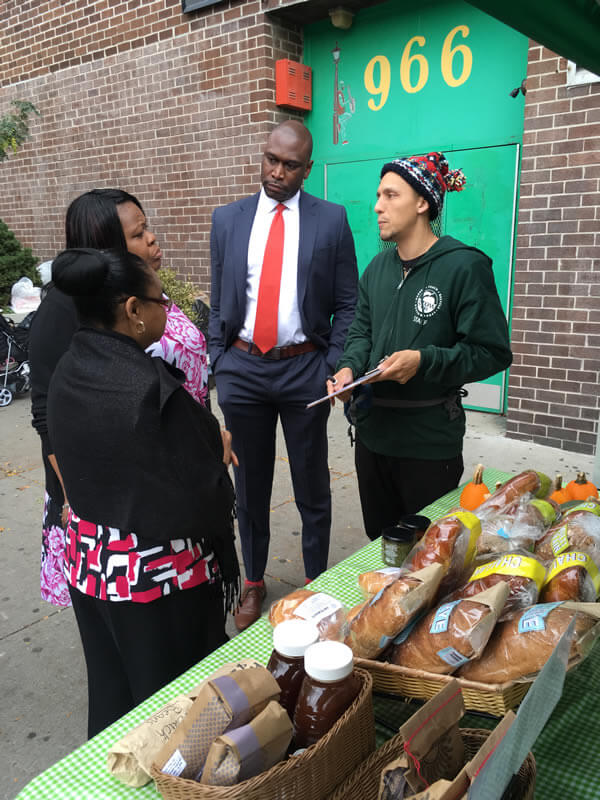 A Business Improvement District (BID) is a geographical area where local stakeholders oversee and fund the maintenance, improvement, and promotion of their commercial district. For more than 40 years, BIDs have been valuable and proven partners in ongoing initiatives of neighborhood revitalization and economic development across the five boroughs of New York City, making NYC neighborhoods cleaner, safer, and more vibrant.

What a bid is:

What a bid is Not:

BID services do not replace those provided by the City

By law, City services cannot be reduced because of the existence of a BID

BIDs do not control the rental practices/rates of property owners 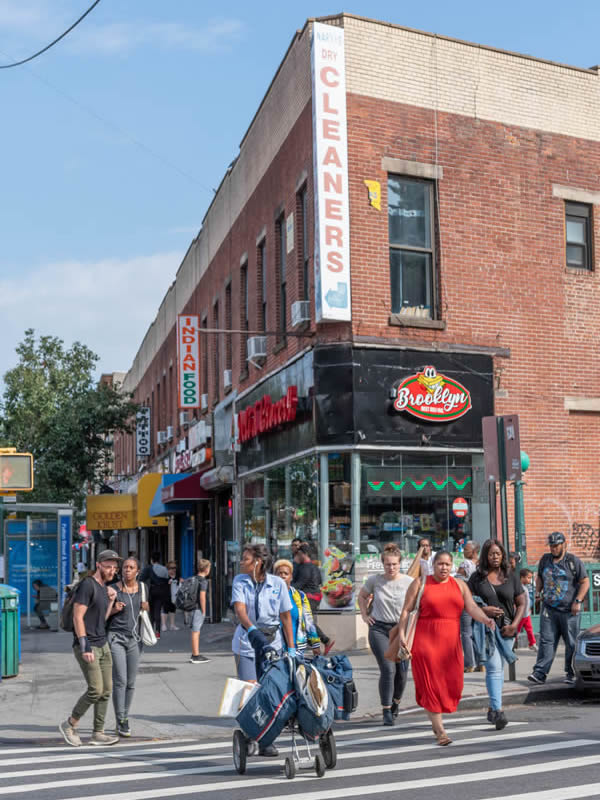 In 2005, a coalition of small business owners, merchants, property owners, and community stakeholders banded together to form an association to focus on enhancing the Fulton Street shopping district that runs through the two neighborhoods of Downtown Brooklyn, Fort Greene and Clinton Hill. After struggling to succeed as an all-volunteer organization, the coalition explored the formation of a non-profit organization with a staff and budget to ensure the delivery of services for more than 400 small businesses and property owners as well as the broader community.

It took many years and the work of hundreds of people and groups to form the Fulton Area Business Alliance Business Improvement District, now FAB FULTON. In 2004, the New York City Department of Small Business Services (SBS) formally granted approval to begin the BID planning process. The committee moved on to determine feasibility, inform stakeholders, conduct a needs assessment survey, and draft a district plan that was then approved by SBS.

Local stakeholders were informed by mail of the BID formation status and 12 meetings were held to communicate with property owners, merchants and residents. Two meetings were then held for the general public-at-large. From 2005-2006 several subsequent public meetings were held followed by official public hearings by NYC Department of City Planning, New York City Council, and the local Community Board. In 2008, the Fulton Area Business Alliance, now FAB FULTON, was signed into law by New York City Mayor Michael Bloomberg.